For the last couple of years, when it came to the vaguely vampiric field of young blood plasma transfusions, there was Alkahest and there was everyone else.

Since the field was briefly mocked on Silicon Valley in 2017, one startup charged $8,000 to $12,000 to pump the elderly with the plasma of young donors and one doctor pitched his clinical trial in a glitzy West Palm Beach gala where he reminded retirees they were likely to die soon, prompting FDA’s chief Scott Gottlieb to warn such treatments were “unproven” and that “some patients are being preyed upon by unscrupulous actors.” But Alkahest, founded by a Genentech alumn and a Stanford neuroscientist, has promised to take a more measured, scientific approach to the still-fringe science, running phased clinical trials for their plasma-derived products and couching their press releases accordingly.

Now, the plasma giant Grifols is going all-in on their work. On Labor Day, the Belgium-based company announced they would buy out the remaining shares of the startup they didn’t already own, spending $146 million for just over 50% of Alkahest’s stock.

Grifols is a roughly $15 billion company, so the buyout is not exactly a huge outlay for them. Nor is the nearly $300 million market value this deal places on Alkahest nearly enough to rank them among the industry’s most valuable players. Still, the acquisition represents a major validation for a company and a young-blood field that has grown up largely on the fringes of the biomedical mainstream. And it amounts to a step forward for the anti-aging field more broadly, which has struggled to make gains despite significant big-name investment over the last few years.

The new deal is about four-times what Grifols paid for the first 45% of Alkahest’s stock in 2015. The startup has relied on Grifols to collect plasma for its products.

“We saw the promise of Alkahest’s understanding of aging when we made our first investment and entered into a collaboration agreement with them five years ago,” Grifols CEO Víctor Grífols said in a statement. “Now we see a wealth of plasma-derived and non-plasma therapeutic candidates identified by Alkahest that can significantly support the unmet needs of many diseases associated with aging.”

Unlike, say, Ambrosia (the aforementioned $8,000 infusion company), Alkahest doesn’t give plasma directly from young donors to the elderly. Instead, it has worked since 2014 on mapping the proteins in plasma and distilling a cocktail of roughly 400 different types of proteins it believes can make a difference in treating Alzheimer’s and other CNS disorders. That’s a ton of proteins compared to most biologics, which are made of 1, but it amounts to just 3% of what’s in plasma. The Long Island Ice Tea of a lead drug is known as GRF-6019. The science is based on work from Stanford neuroscientist Tony Wyss-Coray, which was spun out by former Genentech scientist Karoly Nikolich. 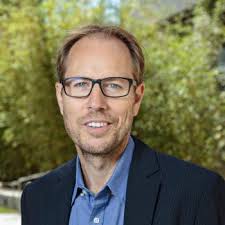 So far, evidence for effectiveness remains scant. Last year, the company said that, in a 47-person Phase II study, patients with mild to moderate Alzheimer’s maintained their level of cognition for 6 months. But they still have yet to release data from that study and while this is certainly a new approach to the evasive disease, many other therapies have failed after showing promise in early trials. Their Phase I study, published in JAMA, showed little change in cognitive performance tests among 18 Alzheimer’s patients, although it was only powered for safety.

Alkahest is also testing GRF-6019 in severe Alzheimer’s patients, an oft-overlooked population, and said recently that it proved safe in a 26-person pilot study. They have studies ongoing in Parkinson’s, age-related macular degeneration, and patients with end-stage renal disease and cognitive impairment.

Outside of plasma, the company is also developing an oral drug aimed at another anti-aging target: Eotaxin. It’s an immunomodulatory protein, they say, that increases with age. Alkahest is in Phase II studies to see if blocking it can curb Parkinson’s and AMD.